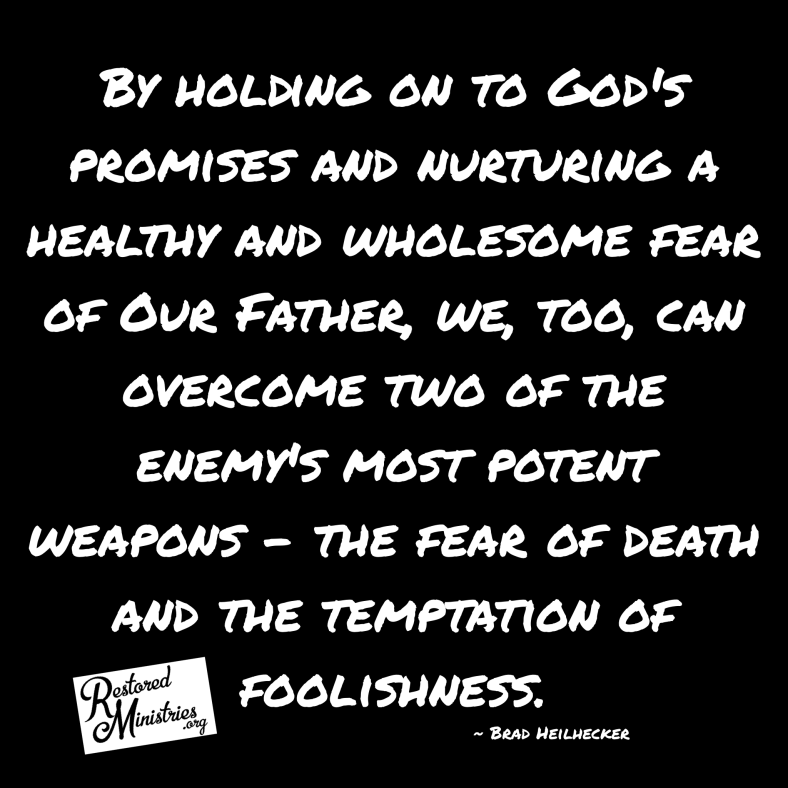 When Jesus was confronted with the fear of death after fasting for 40 days, he conquered the fear by bringing into the situation the fact that “Man does not live by bread alone but by every word that proceeds from the mouth of God.”

Not to be easily vanquished, the enemy appealed to another human weakness, our propensity toward foolish behavior. Jesus wisely responded, “You shall not tempt the Lord Thy God.”

We “tempt God” when we behave foolishly or presumptuously and expect God to rescue us. We are tempting him to not help us when it is in his nature and character to render assistance whenever possible. He just doesn’t like it when we purposely put ourselves in harm’s way and then expect him to come through for us.

He expects us to do our part and act prudently, and, then, he will do his part and see us through difficult times.

It is written that “The fear of God is to depart from evil.”  Also, “With humility and the fear of the Lord are riches, honor, and life.” And lastly, “Because there is forgiveness with God, he is to be feared.”

By holding on to God’s promises and nurturing a healthy and wholesome fear of Our Father, we, too, can overcome two of the enemy’s most potent weapons – the fear of death and the temptation of foolishness.